Electricity is a major cause of accidental fires in UK homes – over 20,000 each year.

By having the electrics in your home checked regularly and by taking some simple precautions with your electrical appliances, you can reduce the risk of fire.

The five products that cause the most electrical fires in UK homes are:

Electrical Safety First recommends that you get the following devices installed for your safety:

An RCD is a life-saving device which isdesigned to prevent you from getting
a fatal electric shock if you touch something live, such as a bare wire.
It provides a level of protection thatordinary fuses or circuit-breakers cannot. Like a smoke detector, an RCD installed in your fusebox could save your life.

If a fire starts in your home, a smoke alarm will provide an early warning signal giving you valuable time to escape. Modern alarms are neat and tidy, and cost under £10.

• Over £100 million in damage to private property.

• Faulty appliances alone cause £41.6 million of damage per year, with electric cookers (£24m) and lighting (£13m)among the largest contributors.

How to prevent a fire in your home

Government statistics show that the largest number of accidental reported fires caused by electricity in the home is due to people misusing electrical cooking appliances, including microwaves. So
you need to take special care when using your electrical appliances in your kitchen.

• Not let leads from other appliances like kettles or toasters trail across the cooker.

• Never use the area on top of the microwave for extra storage.

• Never dry towels on, or near, the cooker.

• Not let fat and grease build up on
or in the cooker, especially in the
grill pan where it can easily catch fire.

• Make sure that you turn the cooker off when you have finished using it.

Don’t store combustible materials(clothes, papers, cleaning materials
etc.) close to your service head (cut-
out fuse), electricity meter or fusebox, particularly if these are under the stairs(a means of escape from upper levels
in an emergency). There have been a number of serious fires in homes where a fault in such electrical equipment, the effects of which would otherwise have been contained, has set light to adjacent stored materials.

What to do if there is a fire

• Turn off any electrical appliances that you are not using, particularly at night, when a fire can quickly spread unnoticed and cause more danger and damage.

• Check flexible cables to appliances before plugging them in to use. Check for damage, and wear and tear, and that the plug is fastened securely to the cable. Don’t use the appliance unless it and its cable are in good condition.

• Be careful when using hand-held electrical appliances and make surethat you switch them off and unplug them when you have finished. This is particularly important with items thatget very hot in normal use, such as hair dryers and straighteners which,

if you leave them on, can easily cause any combustible material that they are in contact with to catch fire.

• Call the Fire and Rescue Service immediately if you smell burning that cannot be explained. They will have equipment such as thermal imaging cameras which will accurately detect objects that are overheating.

• Overload electrical adaptors by plugging too many appliances into one socket, especially appliances with a high electrical current rating such as kettles, irons and heaters.

Visit electricalsafetyfirst.org.uk/overloadingsockets to check that your sockets are safe.

• Put electric heaters near curtains
or furniture, or dry clothes on them.

• Cover the air vents on storage heaters or fan heaters.

• Use a bulb with a higher wattage than the wattage printed on the light fitting or lamp shade you are using.

Our free smartphone app, available
on iPhone and Android, helps you
to carry out simple visual checks
around the house. Find out more atelectricalsafetyfirst.org.uk/visualchecks

The Department of Communities and Local Government recommends the following:

Electrical Safety First is the UK charitydedicated to reducing deaths and injuries caused by electrical accidents. Our aim is to ensure everyone in theUK can use electricity safely. 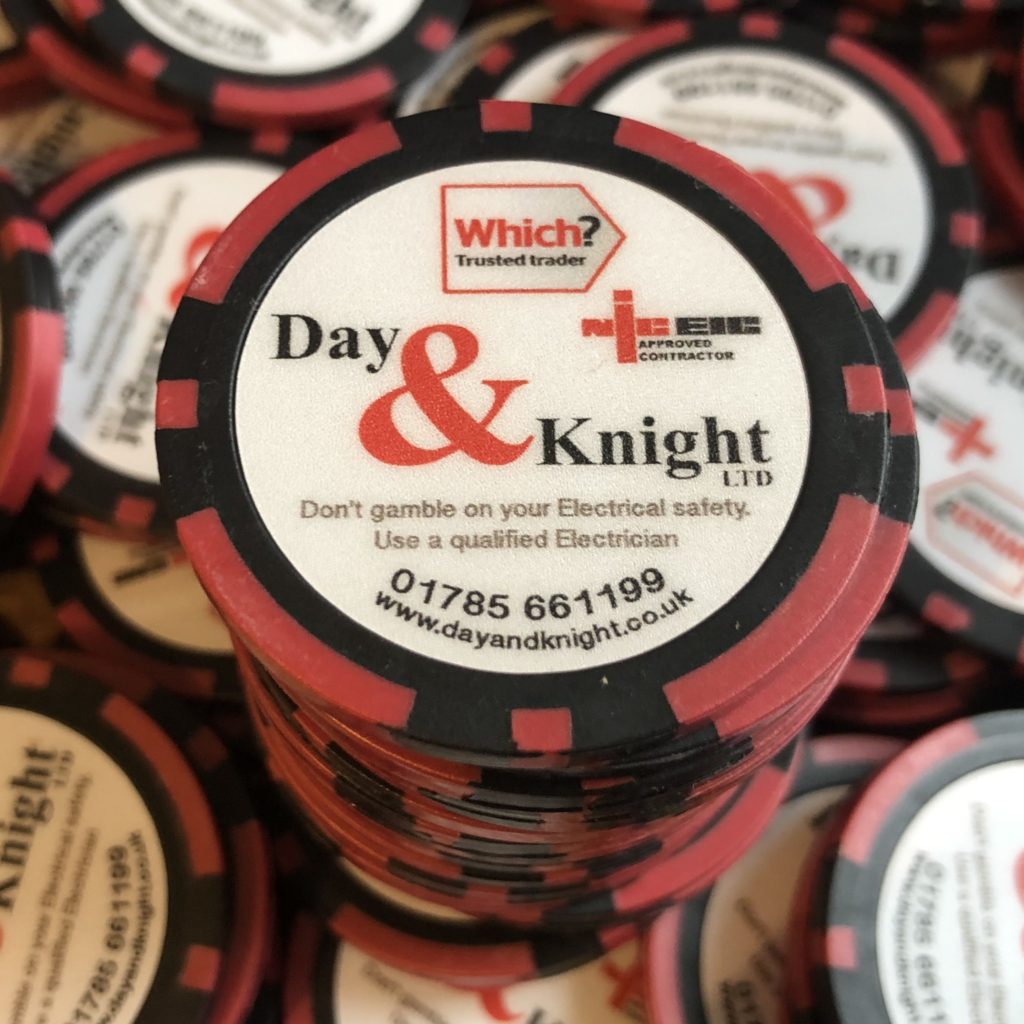 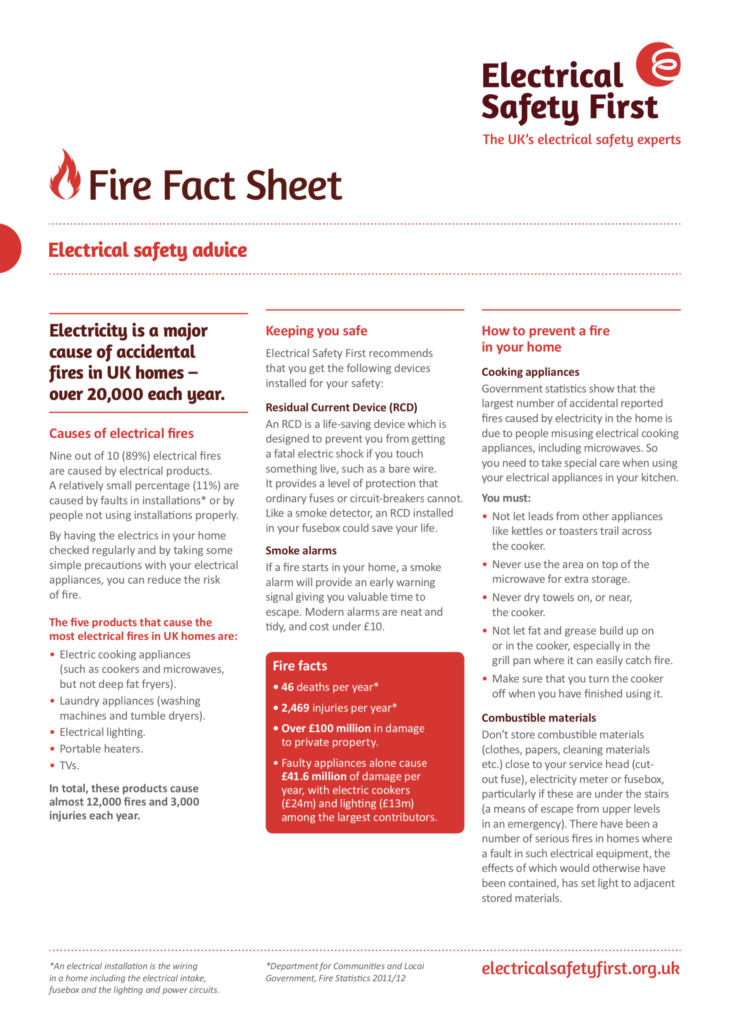 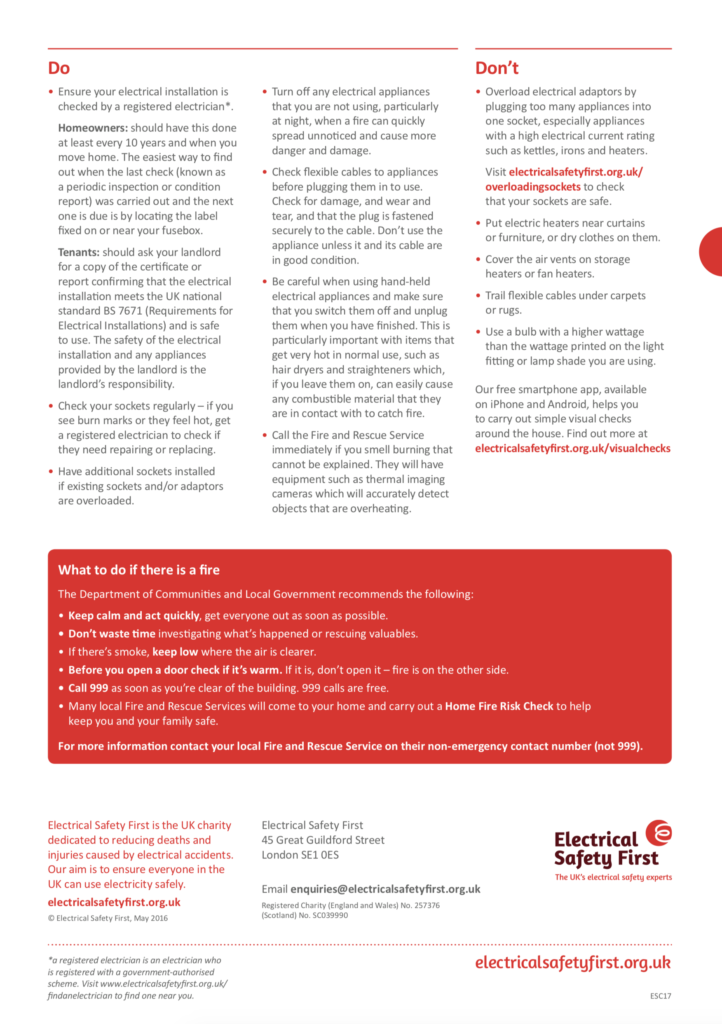