Anglo Welsh is a narrow boat Holiday hire location Great Haywood. After being contacted by Kevin, the manager at Anglo Welsh Great Haywood. I went out to view the site and designed a full electrical plan showing locations of what was needed where. I recommended an electrical rewire. I also suggested that LED lighting is fitted to save money on there electrical bill. Click on the link here Energy efficient Lighting. After a few weeks our quote was accepted and we got started working around there daily operations meaning they could remain open to the public. We also were able to provide great out door LED flood lighting to keep the building/ carpark safe at night. The electrical rewire at boat yard was completed on schedule and all electrics tested and safe. Call today for a free quote: 01785 661199 or 07792913566 or email: david@dayandknight.co.uk An expanding Staffordshire electrician rowed to the rescue when a busy boatyard requested a complete electrical rewire. Award winning Day & Knight is taking on bigger projects after taking on two members of staff. Extra capacity meant owner David Knight was ready to climb on board when the Anglo Welsh Boatyard at Great Haywood needed a major electrical overhaul. “The office needed a complete rewire and we were also able to recommend and fit outdoor LED security floodlighting which has both improved security and saved money, due to better efficiency costs,” said David. “Anglo Welsh is a busy company, hiring out narrowboats for day trips and holidays and we had to work around a busy office.” Kevin Yarwood, of Anglo Welsh, said: “It has been a busy year, with no quiet times, as the popularity of narrowboat holidays and so-called staycations, in the UK, are growing. “We recognised we needed to have the electrics rewired and the circuit boards were a bit like a spider’s web having been added to several times. “Day and Knight drew up a full electrical plan. We now have a single, tidy circuit board and new sockets and a very efficient outdoor lighting system. “We were very impressed with how Day and Knight worked around boatyard operations with the minimum of disruption.” Day and Knight Electrical Solutions were runners-up in the prestigious Trusted Trader of the Year Award, run by national consumer watchdogs, Which?, in 2016. Based in Brocton, Stafford, Day & Knight was founded by David in 2003. The current year has seen expansion and this has led to more commercial work being taken on alongside domestic electrical jobs. 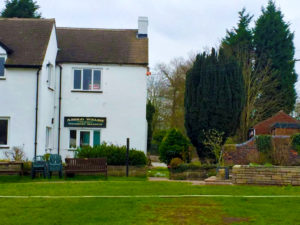 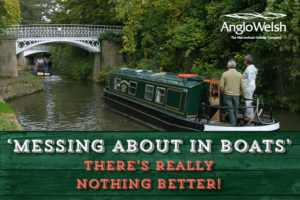 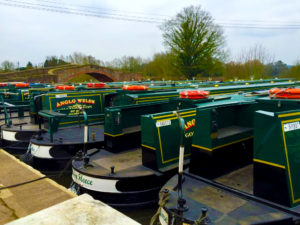 Want to know more about Anglo Welsh Boat hire? Here is an abstract from their website:

Sunlight glinting on slow-flowing rivers; the lap of water on wood; beautiful countryside at your feet; access to some of our finest cultural cities; the shared camaraderie of fellow boaters… Discover the joy of canal boat holidays with Anglo Welsh, one of the UK’s largest narrowboat holiday companies covering England and Wales. Comfortable floating hotels Our fully equipped fleet of 160 high quality boats are designed for cruising comfort, with smart interiors, clever storage and an impressive list of mod-cons. They provide the perfect base from which to explore thousands of miles of stunning waterways. From two-berth to twelve-berth vessels, there’s a narrow boat to suit everyone.

A choice of departure locations: Our 11 departure bases, ranging from Bradford Upon Avon in the South West to Bunbury in the North – with a side departure to Trevor in Wales – afford you access to the very best linear and ring routes, covering some of the finest canals and waterways in Britain.

No experience necessary Many of our first-time narrow boaters admit to mild trepidation at being in charge of a canal boat for the first time – but there’s no need. We provide 45 minutes of nationally accredited tuition prior to your departure. And if you experience any issues along the route, help is always at hand at any of our departure bases. Flexible holiday durations We recognise that not everyone wants a standard two week break. That’s why we offer a choice of holiday durations, ranging from three nights to two weeks. Narrow boat day hire And, if you don’t have time for a full break but still fancy messing about on the river, why not try canal boat day hire? Our boats depart from selected locations around England and Wales. For more details, contact our booking team on 0117 3041122. www.anglowelsh.co.uk